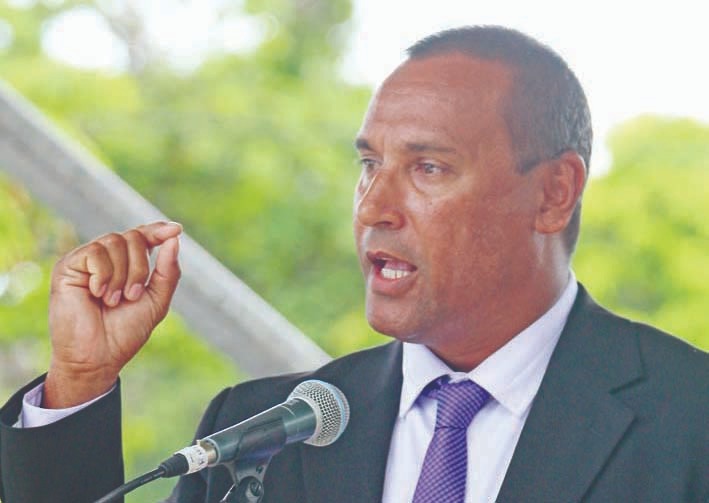 A HUGE trans-national, multi-agency drug bust, that foiled a plan to import 300kg of cocaine into Australia via the Torres Strait, again highlights the need for a multi-agency facility on Saibai, TSIRC Mayor Fred Gela says.

And he also renewed his call for the Australian Border Force's (ABF) two Fast Response Boats (FRB) to be based on the border.

“It's great work by the department in seizing and stopping and reminding potential traffickers coming through this area.

“While it’s porous, it’s under the magnifying glass, but also it certainly supports the strong need and the urgent call that we've been advocating for quite some time – that we need a joint facility on Saibai, because that's only a stone's throw away from the border,” Cr Gela said.

The drugs would have had a street value of over $100m.

The bust involved authorities from Peru, Malaysia, PNG and Australia which thwarted the alleged plot by crime syndicates from at least three countries trying import the drug into Australia via PNG and Singapore, and has led to arrests of so far of one Queensland woman and two men from Sydney, who potentially face life imprisonment.

Investigations are continuing and additional arrests are expected.

A follow-up bust in Peru netted 1.2 tonnes of more cocaine thought intended to be smuggled in via the same route.

The drug was meant to arrive to PNG via Singapore where it was thought it would be unpacked from a shipping container and smuggled to Australia through the Torres Strait with small vessels.

An Australian Border Force spokesman said it is uncommon for illicit drug importers to target the Torres Strait as a passage to reaching the mainland.

Cr Gela said: “All they need is dedicated drug runners to do their dirty work on our side.

“The front line is here - and we need to get those agencies out there.

“It’s great to see them collectively through a joint operation and putting a stop what could potentially going through here and making its way right throughout our country and littering our country with that stuff.

“But it certainly adds weight and leverage behind our call for a joint facility on Saibai.”

Cr Gela also said ABF's new Fast Response Boats (FRBs), that arrived in the region in March but are still in operational testing stage, need to be permanently based at Saibai on the border, and not moored off Thursday Island.

“There needs a joint facility there and the FRBs as well, because that's the way this sort of thing is going to happen, that's realistically how it's going to come through.

Cr Gela has previously criticised how ABF resources are being spent in the region, where there are still sections of waters between PNG and Torres Strait that remain uncharted, and the fact the large and expensive Cape Class vessels are limited in their access to shallow waters known to smugglers and people conducting illegal activity.

“As well as maintaining a strong, visible presence in the region, the ABF and our partner agencies work closely with PNG Customs and the Royal Papua New Guinea Constabulary, to ensure the area is properly monitored and protected from criminal activity,” Assistant Commissioner Huey said.

Known as Operation Harmanecka, the bust began in June, 2017, after the Australian Federal Police (AFP) identified an Australian and PNG-based syndicate suspected of planning a drug importation into Australia from Peru.

The investigation identified a sea container aboard a cargo vessel headed from Peru to Singapore in late 2017.

In a strange twist the attempt by the syndicate was unsuccessful, with no cocaine located when the container was opened in PNG.

AFP's state manager Queensland Commander Sharon Cowden told a media conference: "The cocaine wasn't where it should have been, to the syndicate's dismay. It appeared ... that it was actually some sort of rip-off internally."

He said those involved, “...achieved a terrific outcome that continues to highlight the success of the collaborative approach with international law enforcement agencies both in Australia and abroad.

“These arrests would not have been possible without the significant assistance provided by Peruvian, Singapore, Malaysian and PNG law enforcement,” Acting Assistant Commissioner Hill said.

“We will be relentless in our pursuit of transnational organised crime. This result is a clear example of what the combined powers of all of our agencies can achieve.”