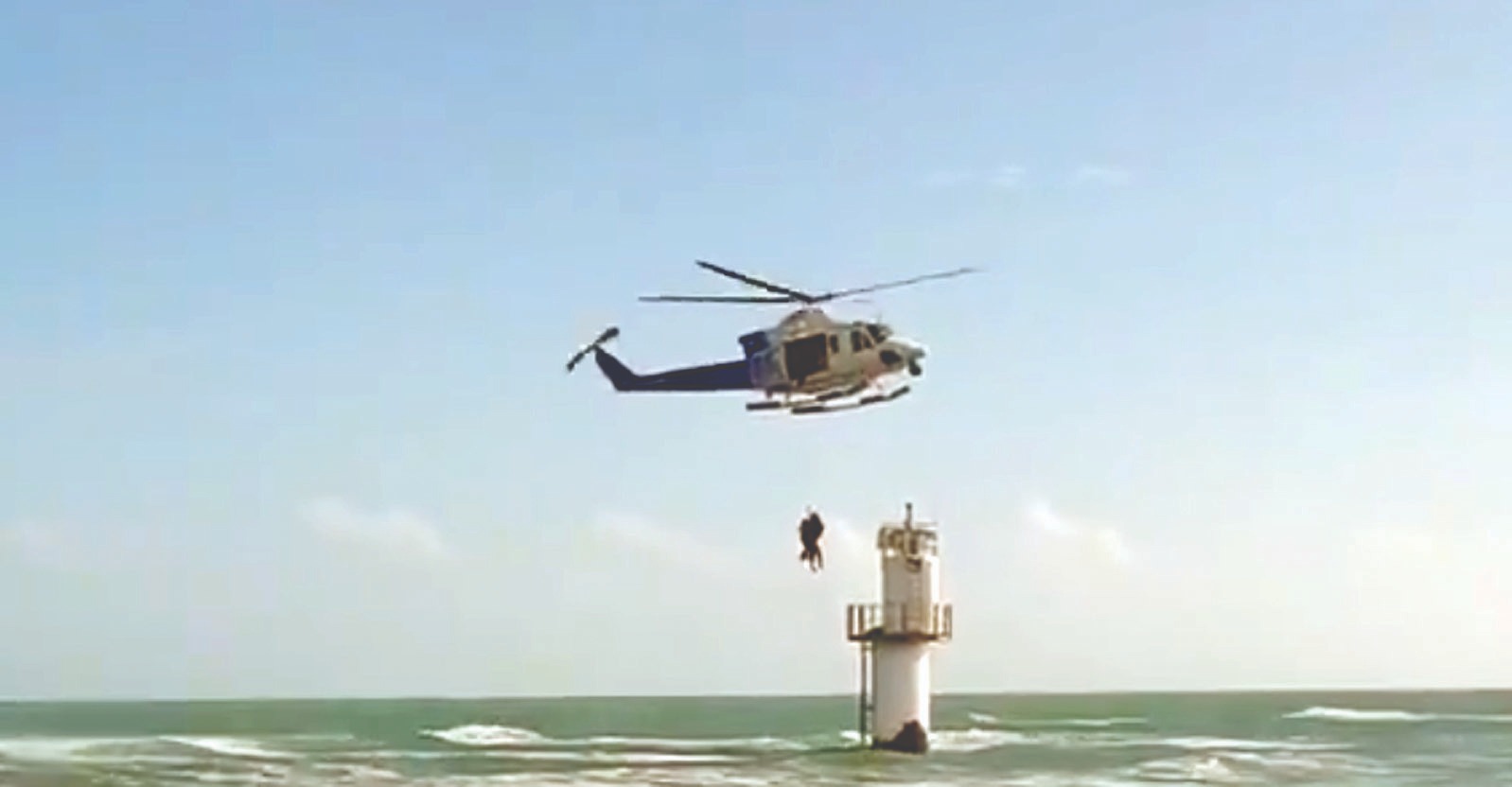 Rescue after night of terror

The four on board, aged 51, 38 and 21 and 16, were safely rescued by helicopter with nothing more than a few scratches and bruises.

The near-disaster happened while they were en route from Seisia to their home at St Pauls on Moa.

The four men left Seisia at 3pm on Sunday, April 28, and were reported by family in St Pauls community as a late arrival at 11pm that night.

The run from the NPA to Moa normally takes two hours, but with south-east wind speeds up to 35km/hr at the time of their departure, double the average for this time of year, it was going to be a rough crossing.

The boat got into trouble when the stopped to refuel en route and were swamped by waves and capsized.

As they clung to the channel marker all night, wind speeds reached a howling 54km/hr.

A Challenger jet started an aerial search from 3:20 on Monday morning in a grid around the region between the NPA and Moa (see image), but it was Queensland Water Police Officers Senior Constable Chris Mosby and Sen. Con Lindsay Ovens on board the G.J Olive, who finally located the four men at 7:30 on Monday morning on the platform of the channel marker, about 900 metres from the capsized vessel.

Sen. Con. Mosby said: “They flipped the boat at about 5:30pm and they just happened to be right next to that beacon, and they then swam to the reef which was at low tide and then walked across the reef to the beacon.

“As it wasn't actually their boat they may not have been aware of the fuel economy.”

Sen. Con. Mosby said if they had stopped in open sea and not near the beacon to refuel, the story could have been a very different one to result where they were rescued.

Sen. Con. Ovens said: “They spent the night on the platform of the marker of the reef.

“It was pretty rough, and maybe they should have picked a better place to refuel.

“We had reports that they had safety gear, but obviously they didn't have it on them when they flipped the boat and, when it went wrong, it sank pretty quickly, you don't have much time to reach for your safety gear in this situation.

“It would be better to plan forward to when you need to refuel and maybe they should have picked the lee side of Hammond Island to do that.

“It was pretty rough and dangerous and it was low tide so we couldn't safely get our vessel to them, so we tasked a Rescue 700 from Horn Island, who airlifted them off the platform - they did a great job, made it look very easy.”

Officer-in-Charge of Thursday Island Water Police Snr Sgt Andrew Howie, who was away the time of the rescue, said: “People need to consider the safety of people on board and whether you really need to go if the weather is not favourable or if there's a strong wind warning – if you don't need to go then don't go.

“If you didn't have to do that journey knowing the weather was a bit ordinary, you are not just putting your mob in the boat at risk but also the rescuers, especially when you have boats and helicopters involved – we will always go out to rescue someone, but if people don't go out in rough conditions, then we wouldn't have to go out either.

“It could have been a lot worse an outcome, imagine if they weren't near the beacon,” Snr Sgt Howie said.