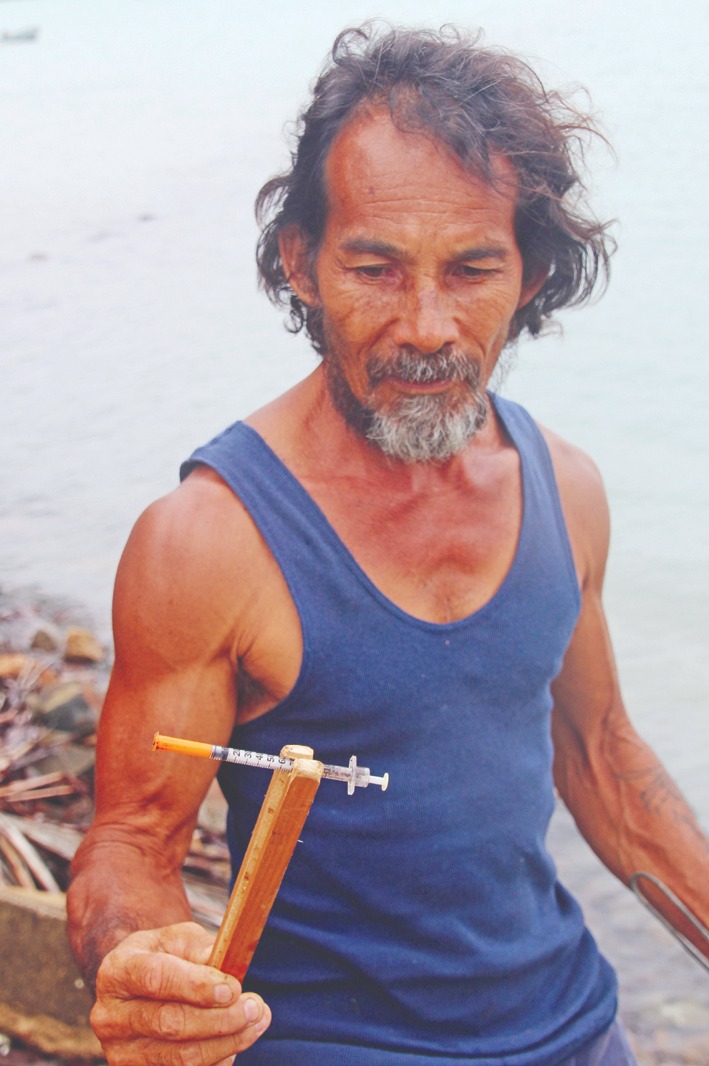 LARGE numbers of used syringes has washed on the beaches of Thursday Island this week with the seasonal King Tides.

Over thirty old dirty syringes were discovered by Francis Majid on Monday this week when he went down to bail rain water out of his dinghy on the beach between Pearl Seafood and Torres News.

Concerns have been raised in the community and the police have been notified but it is unclear where the syringes came from.

“I have found the lodged in rocks at the high tide mark and stuck in the sand, some with the lids missing pointing upwards, I'd hate to get one stuck in my foot, I reckon it would hurt a lot more than stuck in your arm,” Mr Majid said.

Mr Majid, with the help of other family members have been scouring the beaches finding more syringes in areas commonly used by children and people coming to shore in dinghies.

“Everyone on TI should be coming down to clean the beaches, but this is not what you usually find when beach combing,” he said.

“I've seen rubbish floating off towards Rebel, so who knows how far these things have spread.”