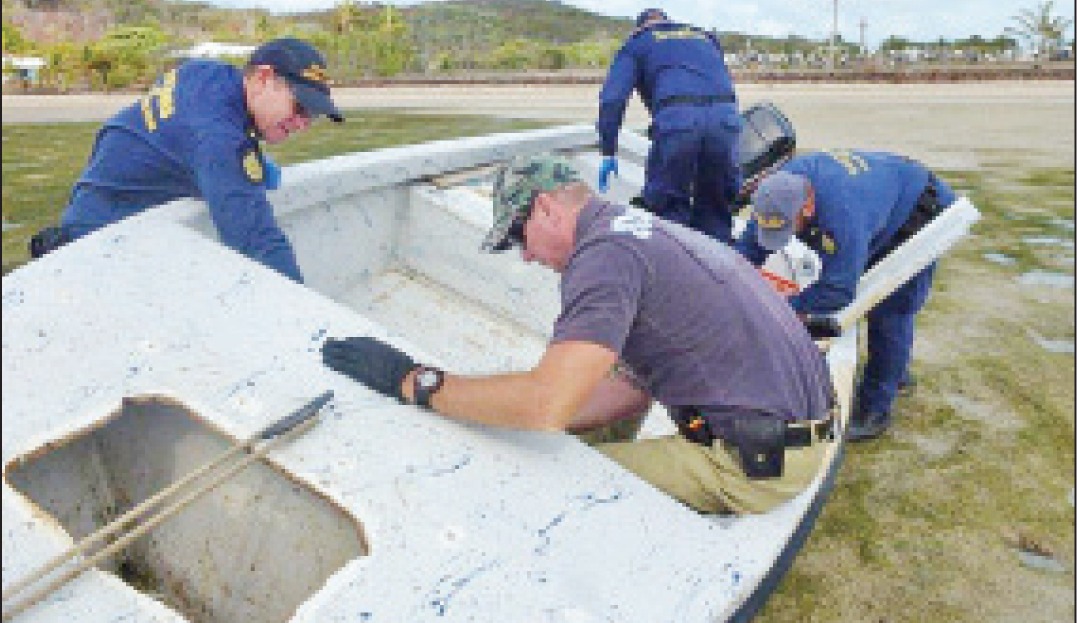 Is the Torres Strait a smuggler’s highway?

TORRES Strait may be a smugglers’ route for drugs, ammunition and other contraband entering and exiting the country, a recent multi-agency investigation has found.

Acting Officer-in-Charge of Thursday Island Police Station A/Sgt James O’Keeffe said: “I can advise that recent multi-agency operation Oscar Stave has been conducted, targeting trans-national crime entities from both PNG and Australia, on a local level that has resulted in:

• two exporting explosives in relation to the illegal selling of ammunition to PNG nationals.

“A number of these offenders have been PNG nationals who have served or are serving terms of imprisonment prior to their deportation back to PNG.”

A/Sgt O’Keeff e said: “ICE is one of the most-insidious and potent drugs currently within our Australian communities and, unfortunately, the Torres Strait is not immune to the problem.
“While it is believed that the use of ICE is not widespread within the Torres Strait, the importation of precursor chemicals
(chemicals which are used to manufacture methylamphetamine type substances including ICE) from PNG to mainland
Australia is an issue.
“Trans-national crime groups within PNG and Australia have previously attempted to import these chemicals through the
Torres Strait and, unfortunately, local Torres Strait islanders have been used by these people to facilitate the movement of the precursor chemicals.
“As a result, a number of Torres Strait islander locals being located in possession of precursors
and imprisoned for these offences through joint agency operations conducted by AFP, QPS and ABF in 2015 called operation North Caspian.
“The chemicals are known locally as ‘water’ and ‘liquid’.”
A/Sgt O’Keeffe said police would not have been able to effectively detect and seize these precursor chemicals without  the invaluable assistance from concerned members of the public.
“Precursor chemicals are volatile and just as dangerous as the end product.
“When persons attempt to manufacture the drugs, sometimes using rudimentary equipment, the process gives off dangerous
and noxious gases which have in certain cases in Australia and overseas resulting in death.
“The gases are known to stay in the area of manufacture for extended periods of time, effectively exposing all persons in area for lengthy periods after the manufacturing process has occurred.
“We must remember it is not only the police but everyone’s responsibility to try and keep this terrible drug out of our Torres Strait community,” A/Sgt Keeffe said.
However A/Sgt O’Keeffe said: “In relation to ICE possession charges within the Torres Strait I can advise you that it is minimal.”