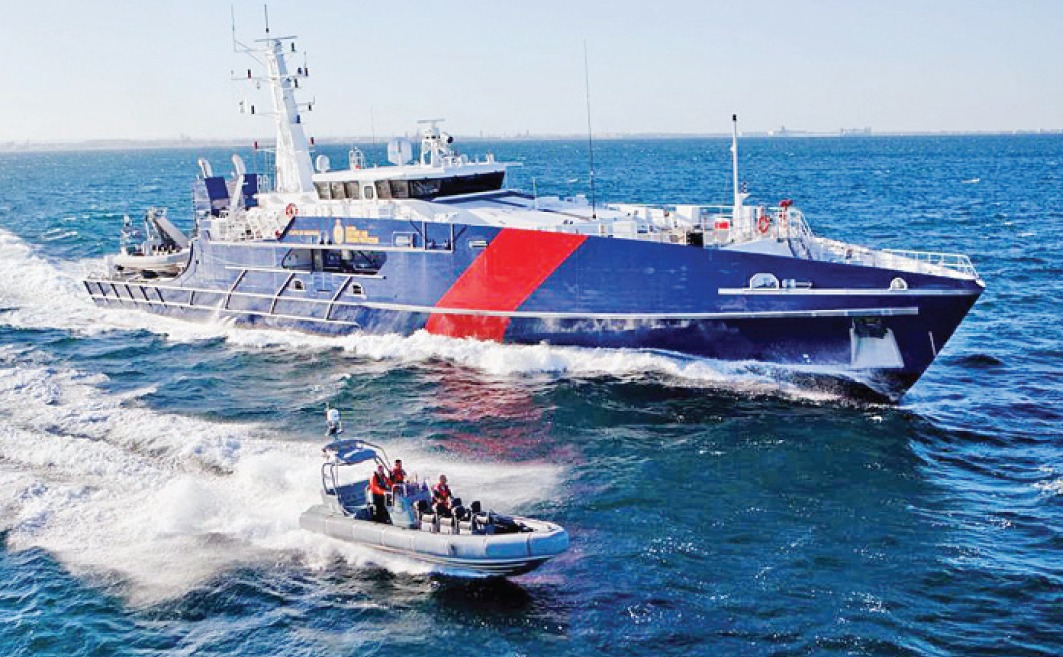 TSIRC Mayor Fred Gela is critical of how Australian Border Force (ABF) is spending its resources in the region, concerned it is not being used as effectively as it could.

The two new ABF Fast Response Boats (FRB), that have been in the region since early this year but yet to be put officially into commission are dry-docked at Horn Island and moored in Port Kennedy, and not in the Outer Islands as Cr Gela would like.

“The resources need to be where they are needed, not focussed on the inner islands, as we don't share an international border there, we share it up at Saibai, Boigu,Duaun and Ugar, also Mer is important to protect.”

Cr Gela is concerned of response times for the FRB attending a situation on the border from the Inner Islands would be better if they were permanently located closer.

Cr Gela is also critical of the large ABF Cape Class vessels that came into commission in late 2015 at a cost of around $330m each.

“The question that needs to be asked is since being commissioned three years ago, how many illegal fishing operations have they successfully intercepted in the Torres Strait, I have been told it is only five,” Cr Gela said.

ABF Spokesperson declined to verify Cr Gela's statement, saying only: “Under Maritime Border Command (MBC), we use a range of ABF and Australian Defence Force assets in the Torres Strait, including to target illegal foreign fishing.”

“Illegal foreign fishing statistics are not broken down by type of response vessel.”

“Our whole-of-government approach to illegal foreign fishing vessels (FFV) has proven extremely effective, with numbers FFVs detected and intercepted in Australian waters dropping from more than 300 a year in 2006 to just 15 last financial year.

“In the current 2017-18 financial year, there have been eleven FFV apprehended in Australian waters, with 58 fishers apprehended and processed.

“This includes the recent apprehension of two banana boats in the Torres Strait in early March 2018.”

However ABF declined to comment to Torres News as to whether this had been resolved, an ABF spokesperson saying only: “The management and rectification of engineering issues are part of the ongoing maintenance and service contract arrangements.”

Cr Gela was also critical of the red tape that he feels can slow down response time to illegal activity in the region: “Even though I am sure the personnel are more than capable, I understand they cannot intercept an illegal fisher without authorisation from Canberra, which is a recipe for disaster.”

“This is costing the tax payer millions of dollars and for what result?”

Cr Gela, who has been lobbying for a new multi-agency facility to be constructed on Saibai said he is confident the idea has support at both Federal and State levels, but that for them to publicly admit it may be seen as a failure of current operations on the border.

An ABF Spokesperson said: “The ABF maintains a strong presence in the Torres Strait and works closely with partner agencies including Queensland Police, Australian Federal Police and PNG authorities.”

“We already share facilities in the Torres Strait with other agencies, including on Saibai Island, which is used by the ABF as required.”

Cr Gela said: “If they support the a joint facility then they have essentially admitted what we have right now is not enough, it's a massive area to monitor in size and scale, so a joint facility would be useful for all those agencies working at the coalface.”

Another issue Cr Gela raised was the uncharted waters around Warrior Reef and Deliverance Island, that he says is the popular access for illegal activity in the region and that is known Australian authorities do not enter them.

“As these areas are still not surveyed, tactfully manoeuvring through these waters is a problem and ABF nine out of ten times, or ten out of ten times just don't go in,” Cr Gela said.

“One would think it is just common sense just spend the money and get the Hydrographical Department to survey these areas once and for all.”